The New York Public Library for the Performing Arts has received a $750,000 grant from the Leon Levy Foundation. The new grant will help provide enhanced access to many of its audio and motion picture treasures that document the history of the performing arts extending as far back as the early 1900s.

The archive at the Library for the Performing Arts is filled with audio and video content from all disciplines in performing arts history, and much of it has never been seen by anyone beyond those who first recorded it. Among these files are audio recordings documenting the early days of Lincoln Center Theater, video recordings of Broadway performances made by the Theater on Film and Tape Archive, by important choreographers such as Bill T. Jones, and radio recordings from the beginning of the broadcast era.

Now, thanks to this transformational gift from the Leon Levy Foundation, provided over the next three years, the Library for the Performing Arts will fully describe and catalog 7,500 of those digitized items so they can be connected to our Digital Collections platform, and eventually made usable while respecting the rights of the creators.

“The Leon Levy Foundation and our dear friend Shelby White have played a transformative role in providing critical access to the archives of institutions around the country, and so much more,” said Anthony W. Marx, president of The New York Public Library. “We are grateful for their support in helping provide enhanced access to the unique treasures of the audio and moving picture collection at the Library for the Performing Arts.” 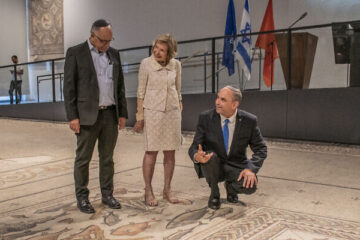 Stunning Roman-era Lod seafaring mosaic finally drops anchor in a home of its own Five years – and a pandemic – after breaking ground at Lod, the Shelby White & Leon Levy Lod Mosaic Archaeological Center is inaugurated to house the massive sea-themed floor

June 2022 –  One of the most beautiful treasures of Roman-era Holy Land — the seafaring-themed Lod mosaic — was...

Inside the Effort to Restore Synagogues in Venice’s 500-Year-Old Jewish Ghetto – A new project focuses on three 16th-century synagogues in the Italian city, where the Jewish population has dropped to 450 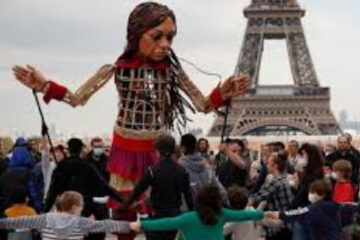