Shelby White, founding trustee of the Leon Levy Foundation, said, “Meredith has been a dedicated, insightful and inclusive leader in guiding the Foundation’s innovative programs. Meredith, together with Justine and Jennifer, have provided the backbone for the Foundation’s success and growth for nearly a decade. They are precisely the leadership team we need to continue the momentum into the Foundation’s third decade.”

Ms. Ross said, “I’m deeply honored to head the Foundation at this exciting time in its history. I look forward to working with our dedicated grantee partners and the Foundation’s outstanding team to continue to build upon the philanthropic leadership and legacy of Leon Levy and Shelby White.”

Ms. Ross brings to the position of president deep knowledge of the Foundation, gained in program roles over the past eight years. She has stewarded the construction of the Shelby White and Leon Levy Lod Mosaic Archaeological Center in Israel, the growth of the Leon Levy Center for Biography at CUNY Graduate Center, and the expansion of the Foundation’s support for early-career neuroscientists, among numerous other initiatives in ancient world, arts and humanities, parks and nature, and human rights.

Prior to joining the Leon Levy Foundation in 2014, Ms. Ross spent 15 years in nonprofit development, with a focus on fundraising from foundations and corporations. From 2010 to 2014, she served as director of foundation partnerships at the Network for Teaching Entrepreneurship, a global educational nonprofit focused on entrepreneurship programs for youth in low-income communities.  She also held development roles at NetAid, an anti-poverty initiative, and at MassINC, an independent research, nonprofit journalism, and civic engagement organization.

She received her BA from Colby College and her MBA from the Carroll School of Management, Boston College.

Ms. Koch has over 31 years of accounting experience in the not-for-profit world including nine years at the Leon Levy Foundation. In her new role, Ms. Koch will work with the president and investment advisory committee to oversee all accounting, budgeting, investment, financial and tax reporting.

Prior to joining The Leon Levy Foundation in 2013, Ms. Ellis worked in development, project management and marketing at The Related Companies and UPH Landscape and Horticultural Design. Prior to that, Ms. Ellis served as the director of communications at Gale International, a private real estate development firm specializing in master-planned, city-scale projects.

Ms. Ellis earned a B.A. degree in Communications and Sociology from Boston University.

The Leon Levy Foundation (http://www.leonlevyfoundation.org/), founded in 2004, is a private, not-for-profit foundation created from the estate of Leon Levy, a legendary investor with a longstanding commitment to philanthropy.  The Foundation’s overarching goal is to continue the tradition of humanism characteristic of Mr. Levy by supporting scholarship at the highest level, ultimately advancing knowledge and improving the lives of individuals and society at large. 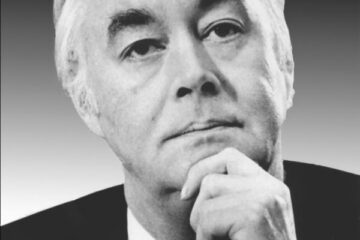 January 2023 – In 2023, the Colin Powell School for Civic and Global Leadership at The City College of New York will... 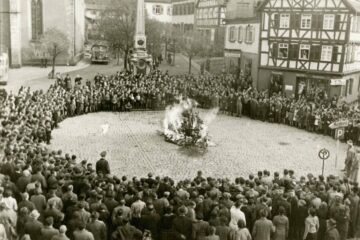 History Can Be an Antidote to Antisemitism – Today’s resurgent prejudices and conspiracy theories rest on old and dangerous ideas about Jews.

January 2023 – Americans heard a lot about Jews in 2022, from a hostage-taking at a Texas synagogue in January... 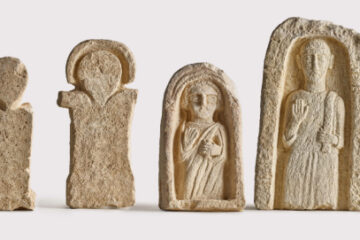 A new Louvre Museum Exhibition: From Dilmun to Tylos. An Archaeological Journey in the Kingdom of Bahrain

December 2022 – Thanks to a five-year loan of over 70 artefacts from the Bahrain National Museum, this presentation provides...