Supporting organizations whose mission includes the preservation of wild birds and their habitats, especially those working to develop the strong science necessary to make the case for conservation measures that would reverse the decline of bird populations.

American Bird Conservancy With funding from the Foundation, the American Bird Conservancy has embarked on a broad-based program to reduce the number of migratory birds killed in collisions with glass-walled buildings, windows and communications towers. Remedies include “lights out” campaigns to reduce building lighting at night, siting guidelines for towers and advocacy of bird-safe glass. Since many collisions occur at private homes, ABC has published a flyer with advice for preventing them for homeowners (available here).

An additional grant is financing a campaign to ensure that the development of wind energy is “bird smart.” By 2030, if wind energy farms proceed as projected, a million or more birds per year are likely to die because of them. The Foundation has also underwritten the preparation and publication of The American Bird Conservancy Guide to Bird Conservation, available since fall, 2010. Critically acclaimed, the book  summarizes the complex issues in modern bird conservation for a popular audience; it covers at-risk species, vulnerable habitats, and key threats, and outlines ways in which individuals can help. Purchase it here. 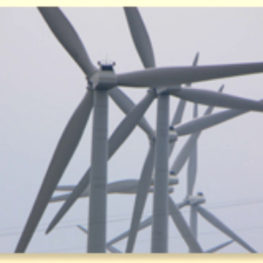 Cornell Lab of Ornithology The Foundation is supporting research that will explore the riches of the Avian Knowledge Network, a massive database of bird observations contributed by birders, citizen scientists, and ornithologists over many decades — and now, from all over the world. The AKN helps scientists understand the complex relationship between birds and thousands of features in the environment that affect them, such as trees, water, predators, and food, and allows better forecasting of bird populations and movements with the goal of informing policy-making. These tools were used in the 2011 State of the Birds Report published by a conservation committee and the U.S. Fish and Wildlife Service, and in the forthcoming 2013 State of the Birds Report.

The Foundation is also underwriting the Lab’s development of specific tools needed for damage-assessment models of migratory birds at risk from wind-energy development, using its pioneering acoustics analysis methods to assess siting hazards. And the Foundation is supporting researchers who are studying the combined effects of multiple threats — especially habitat fragmentation and pollution — on forest birds in the Northeastern United States. 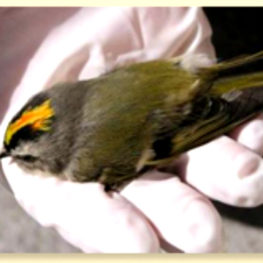 New York City Audubon With the help of sustained support from the Leon Levy Foundation, NYC Audubon’s Project Safe Flight has made substantial progress in reducing the high incidence of bird mortality in New York City due to urban infrastructure and with promotion of migratory bird survival by expanding and enhancing habitat in the five boroughs.
In 2019, NYC Audubon achieved critical goals with their Project Safe Flight research and conservation work.  A notable success, New York City passed the nation’s most broad-reaching bird-friendly building legislation, and the NYC Council approved Proposed Initiative 1482-B, which requires that all new construction and major renovations involving glass throughout the five boroughs meet standards.

Smithsonian’s National Zoo & Conservation Biology Institute The Leon Levy Foundation has partnered with the Smithsonian Zoological Park in support of its Experience Migration exhibition, expected to open in 2022.  This exhibit will be a ground breaking educational celebration of migratory birds and how we can help them to thrive, including through the use of bird-friendly glass.